Upper Hamlet is situated about 3 km from Lower Hamlet and is the home of around 60 Buddhist monks, 10-20 male long-term lay interns and various retreatants who come for one or two weeks to live and practise together with the community.

In 2013 the first Happy Farm was founded in Upper Hamlet. It is the realization of a long-held wish to produce local, seasonal, organic vegetables within Plum Village and go in the direction of sustainability and food security for the Plum Village community.

We have around one acre of land in cultivation comprising more than 40 beds 35m long and 1.2m wide and a large polytunnel greenhouse with 6 beds which are 27m long. These are used for our main annual crops, and in addition to those we have other plots for perennials: herbs, berries and asparagus. Each year we also plant some fruit and nut trees with the aim of eventually having a portion of food forest.

The project is currently in its seventh year. The farm continues to grow and flourish in beautiful and unexpected ways. Since the farm began we produce an average of around 8000kg of organic produce each year, worth approximately €30 000.

Every year the Upper Hamlet farm hosts about 500 children during the Summer Family retreat. It is the main site for the hands-on earth loving of Plum Village's annual Wake Up Earth retreat, in which about 500 young adults get to get their hands mindfully dirty on the farm with us. 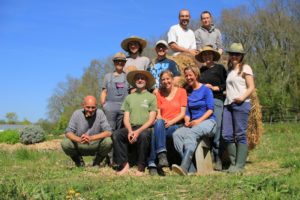 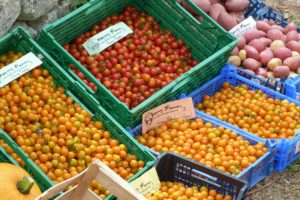 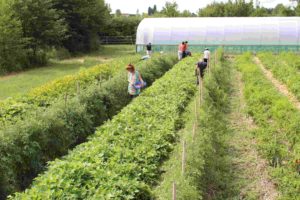 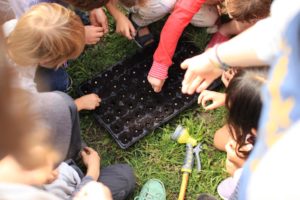 The Happy Farm Lower Hamlet is a small organic vegetable farm located on the sisters‘ grounds in Plum village. It brings together farming and the mindfulness practice of Plum Village Lower Hamlet.

Lower Hamlet is situated about 3 km from Upper Hamlet and is the home of around 60 Buddhist nuns, 10-20 female longterm layfriends and retreatants who come for one or two weeks to live and practice together with the community.

In 2013 the first Happy Farm was founded in Upper Hamlet. In 2016, 3 years later, based on the concept and experience of our Happy Farm brothers, the Happy Farm in Lower Hamlet was started. It is the realization of a long-held wish to establish a Happy Farm for the nuns and female layfriends.

In 2016 we started to cultivate 14 beds and a small herb garden. 2017 we expanded to 24 beds. The beds are 35m long and 1.2 m wide. We grow vegetables like zucchini, pumpkin, cabbage, tomatoes, cucumbers, potatoes, lettuce and many more. The first year we harvested more than 1000 kg of vegetables. The food we grow is all offered to the Lower Hamlet Sangha.

As the farm is still in its infancy it is an exciting project to be part of. It is wonderful to see how our joy in learning about farming and mindfulness practice bloom together. Small steps are taken and the Happy Farm unfolds in miraculous ways. 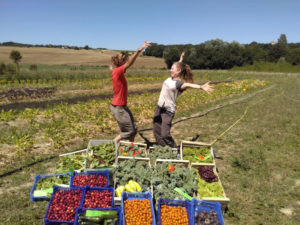 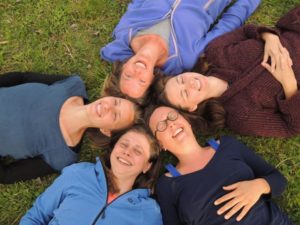 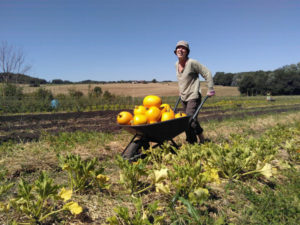 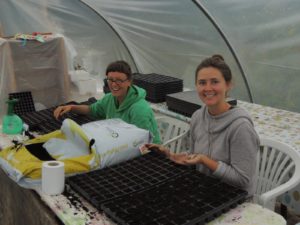 The New Hamlet Happy Farm is currently starting its first growing season. Come check it out!